A few years ago, I was fortunate enough to attend the Chengdu Panda Research Centre in Sichuan, China. In fact, I went every day while in Chengdu, so fascinating were these Giant Pandas and their distant relatives the Red Panda, who are also at the centre. From the Giant Panda’s methodical stripping of leaves – one panda stripped exactly five branches of leaves before eating – to the rough and tumble play of four juvenile pandas, these amazing creatures kept me entertained for hours.

Pandas are an endangered species, in fact, in the wild it’s thought only about 1,000 remain. Worldwide, zoos help boost the population with roughly 100 Giant Pandas in capavity including pandas, Wang Wang and Funi who arrived at Adelaide Zoo last December. The only Giant Pandas in the Southern Hemisphere and the first to live permanently in Australia, it’s hoped Wang Wang and Funi will one day breed to boost population numbers.

Not only are Giant Pandas rare, they’re highly elusive. Imagine then, my delight at finding this BBC footage of Giant Pandas in the wild narrated by the guru himself, David Attenborough. I hope you enjoy it too!

Founded in 1987, with six Giant Pandas, The Chengdu Research Base of Giant Panda Breeding is a non-profit organisation engaged in wildlife research, captive breeding, conservation education and educational tourism. They also care for the endangered Red Panda. To find out more click here. 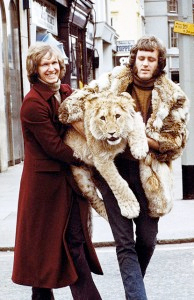 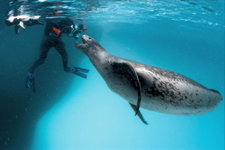