Pets are more than just companions for your little ones and research shows it. From enhancing health and wellbeing to helping develop social skills and providing lasting psychological benefits, as Lisa Louden discovered, animals are proving in a myriad of ways their benefits to children.

In a survey conducted in the UK of more than 5,000 people, most of whom were mothers, 89 per cent of respondents said they believed it was good for children to have pets around.

In an Australian survey on how people feel about their pets, parents said they used pets to assist in teaching their children.

While most people recognise the benefits anecdotally, research is now confirming that across the board animals are not just ‘good to have around’ but powerful healers, teachers and confidants.

According to the American Academy of Child and Adolescent Psychiatry, developing positive feelings about pets can contribute to a child’s self esteem and self-confidence. A positive relationship with a pet can help develop trusting relationships with others, as well as aid in non-verbal communication, compassion and empathy.

In 2003, an Austrian study, designed to test the idea that dogs have a positive influence on the social behaviour of schoolchildren, found that children who experienced the regular presence of a dog in the classroom became ‘socially more homogenous due to decreased behavioural extremes, such as aggressiveness and hyperactivity … and formerly withdrawn individuals became socially more integrated’. They also found that these results were more pronounced in boys.

Melbourne mother of two Julie Long says her son was shy and awkward in social situations with other children until they got a dog. ‘Mindy [the dog] became an attraction for other children. They all wanted to play with her and I think that it made him feel special … It also helped his interaction with other children by having a focal point that wasn’t about him.’

As well as helping to develop social skills, animals can also provide emotional support. In a study of grade three primary school children, aged seven to eight years of age, children were asked to list all the people and animals important to them. They were then asked to select a ‘top 10’ of these relationships. Using methodology based around a story of a child, they were asked who from their top 10 they would turn to if they were the child in the story. The study concluded that pets were often ranked higher than human relationships where the animal could provide functions they could realistically perform – namely comfort, support for self-esteem and ‘keeping secrets’.

Children often talk to their pets. And because pets are non-judgemental, don’t talk back and can’t ‘spill the beans’ it’s not surprising that they are considered confidants. For children who have been abused or are in abusive situations, the animal, or confidant is often an important central figure.

Green Chimneys is a non-profit organisation based in Putnam County, New York. Founded in 1947 to create futures for children with emotional, behavioural and learning challenges, it is recognised as a world leader in animal-assisted therapy. According to staff, many children arrive at the school unable to trust and often jaded and angry. For many of these children, a connection to an adult or peer is threatening. An animal, on the other hand, because it doesn’t ask questions, judge or tell their secrets, is the perfect companion.

Green Chimneys’ equine program director Miyako Kinoshita says, ‘There is something about the bond between a horse and a child. Sometimes kids with no relationship with anyone else will pick a horse to be their best friend. They assume the horse feels exactly the same way they do. The horse becomes a mirror for their feelings.’

Educator and author Charles Appelstein, who has worked in child welfare for more than 25 years, says this type of therapeutic care has a range of benefits for children.
‘Due to numerous factors, including underlying depression, emotionally disturbed children often have a hard time delaying gratification. Such children typically find it difficult to save money, practice an instrument, control sexual impulses and manage their food intake. They seek immediate “payoffs” to help soothe their torment. However, to succeed in life, a troubled child must eventually learn to delay his or her gratification.’

He says this is where a therapeutic riding program is immeasurably beneficial. ‘Before a child can ride the horse, he or she must first learn how to take care of it. Grooming, cleaning and feeding are not always glamorous tasks. But the child learns and, hopefully, internalises that the gratification in riding comes only in response to the preparation.’

And it’s not just troubled children who benefit from the healing power of animals. In a 2002 study of 70 hospitalised children, as well as physical benefits, such as lower blood pressure, pet therapy proved beneficial for mood enhancement. A Canadian project trialling the effect of animal-assisted therapy in a paediatric oncology ward over the course of a year was so successful that it was recommended the program be implemented permanently.

Results from studies into Pervasive Developmental Disorders (PDD), a condition characterised by a lack of social communication and abilities, show that children exhibited a more playful mood, were more focused and were more aware of social surroundings when in the presence of an assistance dog. Socially, studies have also shown that disabled children in wheelchairs with service dogs receive more frequent social acknowledgement, such as friendly glances, smiles and conversations, than those without service dogs.

And it’s not just pets who have the upper hand when it comes to benefiting children. Director of the Child Therapy Program at the Dolphin Research Centre in Florida, Joan Mehew says children with special needs have benefited in areas such as motor skill improvement, stress reduction and focusing attention from interacting with dolphins.

‘Once they’ve faced the challenge of transferring into the water with these majestic marine mammals, their self-esteem grows,’ she says. ‘The dolphins seem to sense the disability of the people and adjust their behaviour accordingly. For instance, they’ll reduce the speed and power of a “dorsal pull” to accommodate the swimmer’s condition.’

In terms of health, there have been numerous studies on the effects of pets on children’s immunity. Researchers at the Brigham and Women’s Hospital, a non-profit teaching affiliate of Harvard Medical School, found that in a group of children with non-asthmatic mothers, those children exposed to a cat were 40 per cent less likely to experience persistent wheezing compared to those children with no cat exposure.

‘Parental history has been known to influence pet allergies in children, and for many years it was thought that cat exposure actually increased a child’s asthma risk,’ says principal investigator of the study, Diane Gold. ‘In our research we found that the relationship between exposure to cat allergen in early life and wheezing in the first five years of life is modified by whether the child’s mother has asthma or not.’

Furthermore, in another study, it was found that children raised in a house with two or more dogs or cats during the first year of life may be less likely to develop allergies than those raised without these animals. And it appears that this exposure aids in protection against other types of allergies as well, including dust, mites and grass.

Of course, whenever there’s a pet in the home, safety precautions must be taken. Children under five are the group most at risk for dog bite, which usually occurs in incidents in and around their own homes. Children must be taught safety around animals, which can also teach them respect.

Watching children and pets play stirs emotion in many of us. 9am’s co-host Kim Watkins says, ‘to me the most beautiful thing in the world is seeing kids and dogs together’. And it’s no wonder, with all the benefits, the relationship between children and animals is a beautiful one indeed.

First published in Issue 8 of Adore Animals magazine, this article became the inspiration for our book Moments of Connection.
Photography: Stockbyte 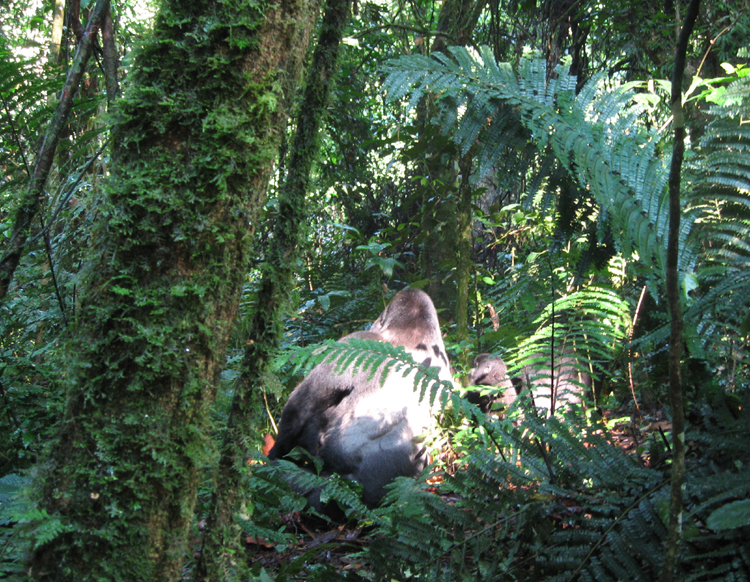 3 thoughts on “No Kidding”